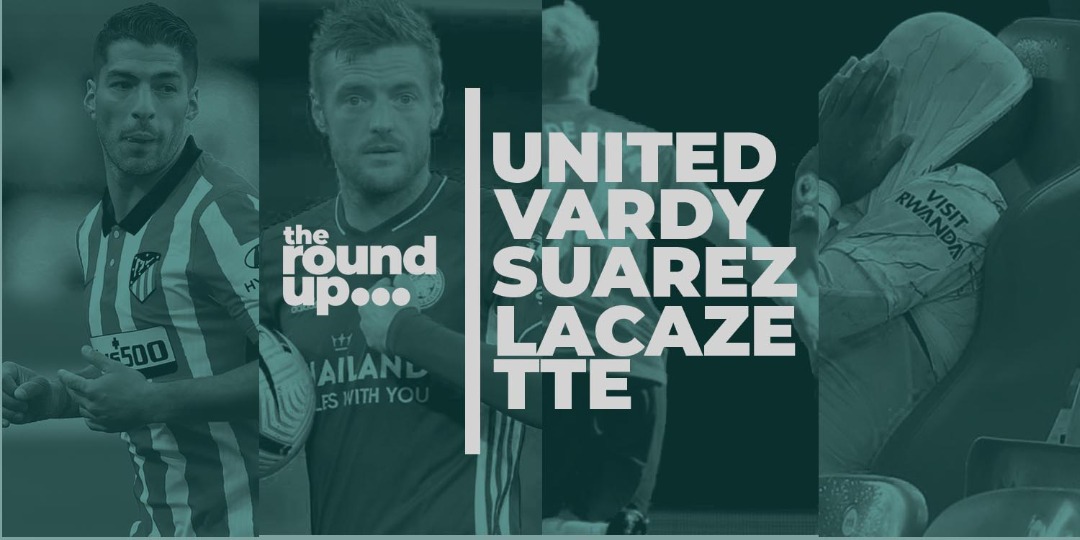 If there is one thing we can all agree to and say with certainty about the weekend from a footballing perspective, it is that it was as entertaining as it was dramatic.

The top five leagues in the world were on fire, but while many things happened- including some shocking results – we have narrowed what we learned down to just four.

Believe it or not, whatever the advantages you think the Video Assistant Referee, VAR, has, the truth is that many a football lover is tired of this particular technology in football.

The VAR was the talking point once again, at least for neutrals, at the Amex where Brighton and Manchester United played out a rather bizarre match in the English Premier League.

In what could have been a 9-goal thriller, Brighton made mincemeat of the Red Devils, hitting the bar at least five times while their visitors had two goals chalked off for offside.

Neal Maupay put BHA ahead, but a Lewis Dunk own goal and an incredible goal of the season contender by Marcus Rashford put United 1-2 up before a Solly March header saw the host equalize on 90 minutes.

However, just when everyone thought the game was over after the referee had blown the final whistle, VAR produced easily the biggest talking point of the game when the Red Devils were awarded a penalty following a sustained protest from United players led by their captain, Harry Maguire.

After review, center ref, Chris Kavanagh agreed with United players and awarded a spot-kick which was expertly put away by, of course, you know who, to seal a 2-3 narrow win.

A bizarre match that perhaps deserved to end the way it did, bizarrely, leading to more outrage about the VAR.

Man Utd’s #PL matches have produced 20 penalties since the start of 2019/20, the most of any team in that time (15 for, 5 against)#BHAMUN pic.twitter.com/UfvDqqN1uA

Jamie Vardy is currently joint-top scorer in the Premier League with five goals, the same as Everton star Dominic Calvert-Lewin.

Three of Vardy’s goals have come from the spot, two of which arrived against  Manchester City on Sunday at the Etihad in a 2-5 thrashing of the former champions.

It would have been a hat-trick of penalties against the Cityzens but Vardy had left the pitch when the Foxes were awarded their third of the game which was put away by Youri Tielemans three minutes after the 33-year-old was replaced by Kelechi Iheanacho.

The PKs at the Etihad took the tally at the weekend to six, but it isn’t the penalties that are indeed the problem but the reasons they are given – a new rule on handball inside the box.

“The handball has been around for a hundred years. If it is deliberate, no problem, but it has to be clear and obvious. We have lost the plot with it and it loses the spectacle of it,” he said, according to the BBC.

So, what really changed about the rule on hardball? There are instances that players will be punished for handling the ball in the box, a set of rules introduced ahead of the current campaign.

Here are four of such instances;

▪︎ If the hand/arm is clearly away from the body and outside the “body line” .

• If the ball touches a hand/arm that is clearly raiThe hand/arm is clearly away from the body and outside the “body line” .

• If the ball touches a hand/arm that is clearly raised above the shoulder.

• If a deflection clearly makes no difference to the ball touching a hand/arm that is clearly extended away from the body and/or above the shoulder.

These are just some of the new rules which have thrown everyone in the Premier League into panic mode with Crystal Palace boss, Roy Hodgson describing the situation as “nonsense” after the Eagles also were at the receiving end.

Well, it is quite clear that while these rules have been implemented without problems in other leagues, there will be more drama in the PL.

Luis Suarez and Barcelona move on

Just a few days after his sensational transfer from Barcelona to Atletico Madrid,  which sparked a lot of tirades from Barca fans and legends alike, led by Lionel Messi,  the Uruguayan took just 20 minutes to ink his name into Atletico Madrid’s folklore.

Suarez came off the Atletico bench to make his debut on Saturday against Granada in the LaLiga and the rest they say his history.

😎 My name is Suárez. Luis Suárez.

20 minutes later, he recorded a number of firsts- becoming the first player in Atletico history to score and assist on his debut. He also become the first to ever score a brace on his Atletico debut.

Talk about moving on so fast from a toxic ex, but what would you say when you hear that the ex won too?

Just as Suarez was moving on, after crying on his Barca exit, the Catalans also showed they are moving on with a comprehensive 4-0 win over Villarreal, 17-year-old Ansu Fati with a brace of his own to show there is a capable Suarez replacement.

From us here at TheSociaLiga, we are happy to see that it is a happy ending for all involved.

Monday night saw the most tantalizing EPL clash of the weekend take place with Arsenal facing Liverpool at Anfield. Liverpool was dominant and took away a deserved 3-1 victory. However the most interesting takeaway isn’t the effectiveness of Liverpool’s bombing fullbacks or a Jota debut goal, Liverpool was expected to win this game as they storm to their second league title. Our biggest takeaway was Arsenal and the mixed performance of Alexander Lacazette. In a game where Arsenal talisman Aubameyang never got going, Lacazette had multiple opportunities to salvage a point for the Gunners but failed. Arteta’s men look rejuvenated but how far they go this season largely depends on how clinical their frontmen are, and in games with slim margins of error, you wonder if Alexander is the man for the job.

What was your own highlight from the weekend? Share with us, we are waiting to hear from you.

Dear Pep, Something Is Broken At Man City So Fix It
Black Sunday as Manchester United, Liverpool suffer humiliation
We use cookies to ensure that we give you the best experience on our website. If you continue to use this site we will assume that you are happy with it.Ok