Tottenham Should Be Regarded As Title Contenders 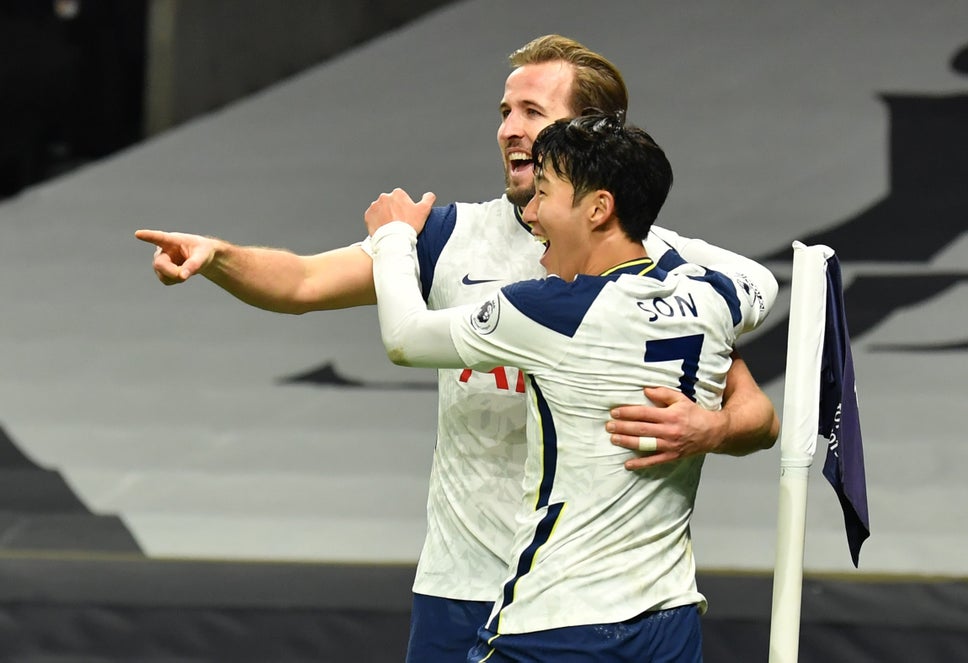 Tottenham Hotspur, so often the butt of jokes for years, have grown into quite the force over the past few years. When Mauricio Pochettino arrived at the club, they were at the stage of outsiders, a club trying to break in and establish themselves as a certified top 4 (Champions League) club. Champions League qualification happened ‘that one time’ under Harry Redknapp but they could not sustain it.

After sneaking past Man City, another team trying to establish itself as a top 4 club, to finish 4th in 2009/2010, they finished 5th the following year while going on an amazing CL run. The following year, in Redknapp’s final season, they finished 4th again after experiencing an embarrassing collapse from February. Still, it should have been enough to secure CL football but somehow, Chelsea had the most unlikely of CL triumphs to send them back to Europa League football.

What Pochettino did was to return Spurs to CL football and keep them there. Qualifying for CL football once might be hard, but it is something that can happen to a good number of outsiders every once in a while. You can ask Everton and Leicester about that. However, sustaining that level to remain a yearly CL club is where it gets really difficult. That was Poch’s mandate when Levy hired him, and the target was to have achieved it by 2020.

He delivered that two years early, getting Spurs to 3 consecutive top 3 finishes before adding a 4th place finish the following year. That meant four consecutive years in the Champions League for a club that had only participated in CL football once in the 53 seasons before Pochettino and twice in their entire history before him.

To crown it all, he took them to the UEFA Champions League final, the first in their history. Amidst all the contextless criticism Poch got for not delivering trophies –  something which would have been nothing more than a bonus considering his mandate, poverty of resources, and the competition he was up against –  it is important to note the enormity of work he did to bring them to this point. Diminishing returns set in following the CL final and a rebuild was needed to consolidate on all the brilliant strides the team had made under Poch.

Unfortunately, Poch was never going to be the man to lead Spurs into the next phase. There was a feeling that they had gotten tired of each other  – Spurs and Poch – and his sack was inevitable. Enter – Jose Mourinho.

Spurs were the perfect job for Mourinho. One thing he has always done in his career is to pick up a team wanting to go to the next level – the pinnacle of the sport – and take them to their goals. He also thrives best with a team he can give a siege mentality, an underdog often. Jose loves his villains. Spurs are a team whose bastardry has often gone under the radar. Perhaps because people didn’t expect them to win anything and because Poch was so likable, it was easy to miss. But make no mistake, they already had bastardry in their game for years.

In the documentary they made in 2019/2020, there was a clip where Mourinho pretty much told them that they were too nice. They needed to channel some villainy side. Truth is, they actually haven’t been ‘too nice’. They have just masked that side of them in a way that it never got more attention. But now, with Mourinho in charge, it definitely will. And it is just how he likes it because it works.

Also, it is sure to get more attention because Jose is box office, and he is a manager you expect to win things no matter where he goes. As a result, people are bound to take the threat of Tottenham more seriously. Where Poch comes off as a little shy and maybe even incapable of playing the villain, Mourinho comes off as direct, daring and someone to not be messed with. That perception will be superimposed onto the team.

Spurs have started on fire this season, the 6-1 thrashing of Jose’s former club Man Utd was a particular highlight. They have ripped teams apart and become a devastating attacking force in transition. While a certain kind of football feels almost taboo at clubs like Manchester United and Real Madrid, no one gives a damn when it happens at Spurs, and rightly so. They are underdogs who do not have the luxury of being picky, considering their recent lack of trophies (1 trophy since 1999). If this is what will take them to glory, which is the next level they are trying to reach, then it is absolutely welcome. And in Mourinho, they have a manager that they can trust to deliver considering his illustrious history, a guy that it seems too good to be true to have as a manager.

With the likes of Liverpool and Man City not starting the season like speedy trains this time around, an opportunity is here for Spurs to keep pace and stay in the title race. The last time they had this kind of opportunity was when Leicester won but they were largely undone by how poorly they started that season. They were always going to play catch up for the entire time. And that time, they were never top of the table, not even for a week. This time, it is different. As an added advantage, they have a manager who is very experienced with title races. Maybe they won’t the league this year, but they definitely should be regarded as title contenders. They have earned it.

Cavani Is Not In England To Joke Around
UCL ROUND UP: Manchester United,  Inter dumped out of Champions League
We use cookies to ensure that we give you the best experience on our website. If you continue to use this site we will assume that you are happy with it.Ok