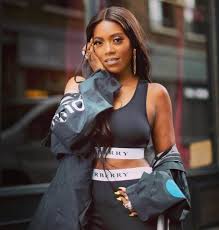 Nigerian power house singer, songwriter & actress, Tiwa Savage has grown to be a force to reckon with in the music industry both in Nigeria and globally.

The Isale Eko beauty has stolen our hearts with her bright laughter and her soft voice. She recently launched her new album with a thrilling performance for her fans at Obalende.

Here are a few things you didn’t know about the pretty singer:

She has worked with some international heavyweights

“Mama Jay” as she’s fondly called has performed with a lot of international heavyweights. This is not surprising because she is unarguable one of the most hardworking female musician in Africa.

She has worked with the likes of Whitney Houston, Kelly Clarkson, Mary J. Blige, Andrea Bucelli, George Michel, Blu Chantell, Chaka Chan, and most recently, the queen herself, Beyonce on her Lion King album.

It is safe to say she has been killing it for a long time now.

In 2012, she signed a multi million naira with the leading soft drinks heavyweight Pepsi alongside Wizkid, making her the first female African musician to sign the deal.

Tiwa Savage and her team are going hard with her latest single 49-99 as the singer was seen at the ongoing Milan Fashion Week doing what she does best.

Tiwa Savage gave a thrilling performance to a crowd in an open space for the new collecttion of Iceberg, an Italian luxury fashion design house. Founded in 1974 by Silvano Gerani.

This is the second Fashion Week Tiwa Savage will be gracing in less than a month. A week earlier, the singer has walked for Naomi Campbell’s Fashion for Relief at the New York Fashion Week, WOWZA!!! that’s major.

Dannaz join Saints in qualifying for #SociaLigaPlayOffs, Citizens on the brink
Dominant Alimosho ladies through to Women’s final
We use cookies to ensure that we give you the best experience on our website. If you continue to use this site we will assume that you are happy with it.Ok