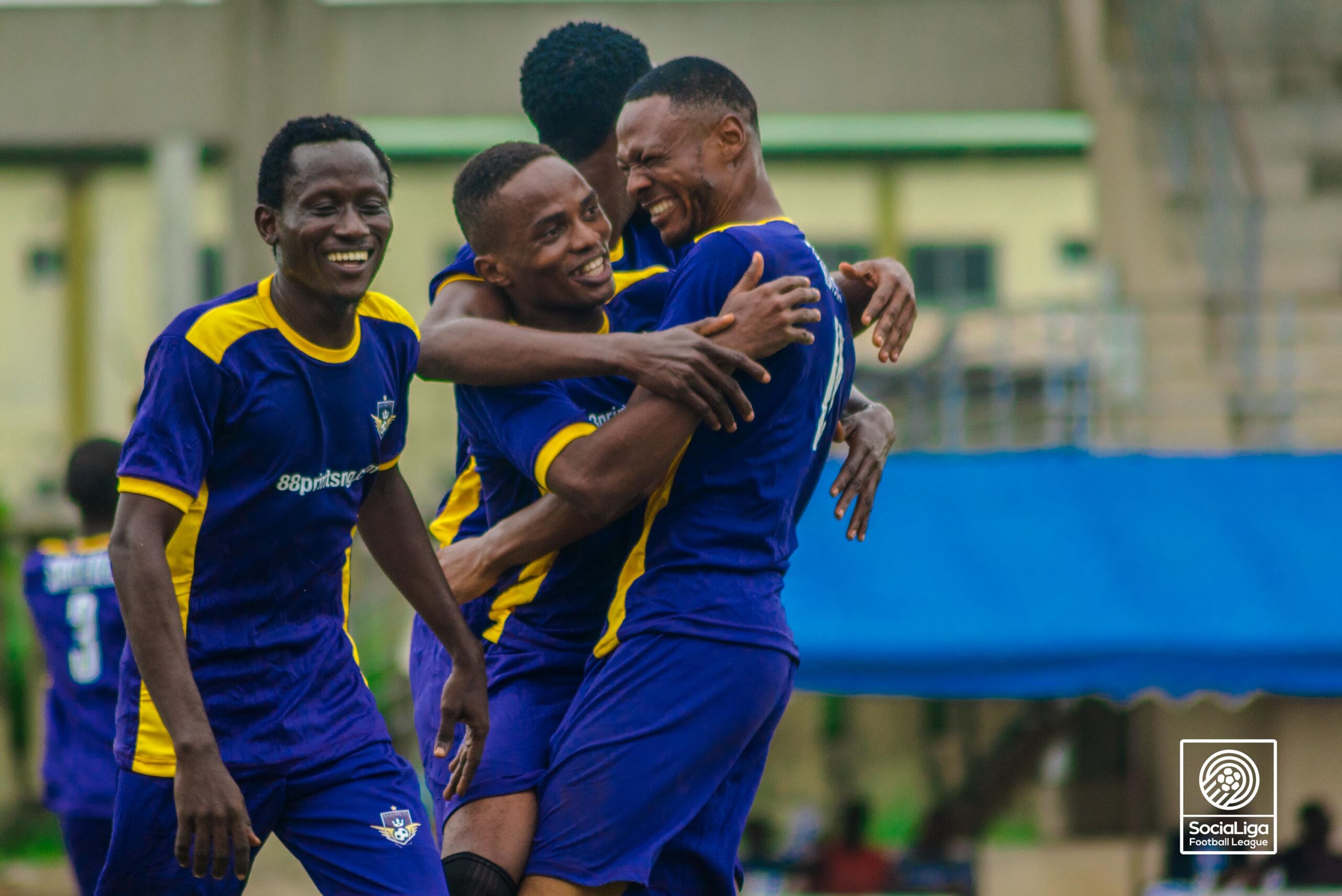 Matchday 2 Preview: All You Need To Know

It’s another Super Saturday in the SociaLiga Football League, LigaSFL as Season 5 continues with matchday 2 slated for this weekend.

Matchday 2 Preview: All You Need To Know

Matchday 1 was quite exhilarating and eventful and has created more than enough excitement to make game week 2 an even more fascinating and keenly anticipated one.

There wasn’t a shortage of goals, an average of over 2.1 goals were scored on the opening day of the SociaLigaS5, but can matchday 2 produce more?

We can’t wait to find out as well, but first, here is all you need to know ahead of the weekend, starting with the six (6) super fixtures;

Raineri 2-1 Alimosho: The Ghosts Get One Over The Herds

This game was easily one of the most anticipated matches of the opening day of the SociaLigaS5 on Saturday.

After a goalless affair the last time both teams faced each other, these two finally produced the goods but there was a winner this time around as Raineri, who were without their manager, Ayere, defeated Alimosho 2-1.

Matchday 2 kicks off with this thrilling battle between Alimosho football club and Blak Haus, one of the new teams in the SociaLigaS5.

The Herds started their campaign on a losing note, 2-1 to Raineri and would be looking to register at least their first point (s) of the season when they take on the Seun Kuti boys, who began life in the LigaSFL with a goalless draw against fellow debutants, Atlantic Business.

This encounter will be the first between the two clubs at any level and we expect nothing but fireworks.

EGBA CITY vs The SAINTS

Another newbie in the LigaSFL this season Egba City headlines the second game of the day alongside defending champions, the Saints.

It wasn’t a very good outing for these two sides on MD1, City’s Socialist debut ended abruptly after their game against the All Black was postponed, while the champions left it late to secure a late 2-2 draw against Citizens in the season opener.

Both clubs are also facing each other for the first time at any level, but the champions Saints go into this one as clear favourite and will see it as a good opportunity to record their first win of the season.

In the Women’s division, this is a debut for Raineri Ladies who finally make their bow on MD2 but have it all to do against the most dominant team at the moment in the champions, Alimosho Ladies.

Raineri were absent from the opening day of the season, while Alimosho, who are the defending champions, got off to a flying start on MD1 following a comfortable 2-0 win over rivals Dannaz Ladies.

It’s a huge ask for the debutants, in this match, they take on the Herds, who are yet to lose a game in two years and have conceded just two goals in that period.

Despite their underdog status heading into this battle, in Coach Ayere, the Lady Ghosts have someone capable of unlocking the Herds, who may look vulnerable without one of the stars of matchday 1, Destiny Olawuni currently out for the season with an injury.

ATLANTIC BUSINESS vs ALL BLACK

Game four (4) will see a team that made its SociaLiga debut on MD1, Atlantic Business host one of the league’s veterans in the All Black.

Atlantic started their LigaSFL journey with a rather dull goalless draw against Blak Haus on MD1, a result that left their coach, Warri Charles, visibly angry and disappointed.

So, it’s expected that this Saturday will see the Epe side come out with a point to prove and ‘pepper’ to spray against an All Black side who began their campaign with a suspended game.

The Born Blacks are yet to win a game in the LigaSFL since the beginning of Season 4, a run of eight (8) matches, and this could be the inspiration that the God’s Own Team from Epe needs to earn their first SociaLiga win.

A wounded Dannaz step unto the pitch looking to put behind them a disappointing start to SociaLigaS5 against a familiar foe in the Citizens.

2018 winners, Dannaz suffered opening day humiliation following a 1-3 defeat to debutants, 96 Champions, while Citizens were denied all three points in a late 2-2 draw by champions, The Saints.

The Cedars will come into this game hoping to immediately put that defeat behind them, with manager Danny Nazzal surely expecting a reaction from his boys against the Proud Citizens, coached by Adedoyin Ajibike.

Both clubs know a lot about each other, having met three times officially in the LigaSFL, and only God knows how many friendly matches they have played against each other.

This Saturday’s clash is the latest in the LigaSFL fixture, the fourth meeting between the two teams and if the previous three (3) are anything to go by, then, we are in for a treat when both sides take to the pitch.

The earlier matches between the two have seen a win for either side, with one draw. Eight (8) goals have been scored, an average of over 2.6 goals. Excited yet?

Do we really need to say much about this particular tie? Two of the teams to entertain the fans on the opening day of the season? Top of the table clash?

Their performances on the day saw both clubs dominate the ALAT team of MD1, 96C were represented by the trio of Otubu Mahmud, Jeleel, and Tomisin Alasiri, while the Ghosts had exciting RB, Ore and CB, Patrick.

It might be the first-ever meeting between them, but we can already feel the excitement from these two amazing LigaSFL teams on and off the pitch.

Another reason to be excited? We have it on good authority that this fixture has generated a lot of talk in some quarters due to the fact players from both teams are familiar with each other from their battles at Midweek Socca.

“60% of Raineri and 70% of 96C players dey play one Wednesday ball called Midweek Socca. So na derby.” a LigaSFL official said after MD2 fixtures were released.

After their brilliant start to the season, 96 Champions are current league leaders heading into Matchday 2 thanks to their superior goal difference, they have three points, the same as Saturday opponents, Raineri.

Citizens are third on the log, while champions the Saints complete the top four.

At the other end of the table, we have former Champions Dannaz rooted at the bottom of the log, followed by Alimosho FC and Egba City.

Venue: All the matches will be played at the beautiful Nitel Pitch, Cappa, Lagos State.