“After collecting money for ‘transport’, the estate agent collected money and took me to see an uncompleted building…” Everyone knows that House hunting in Nigeria is an extreme sport! So we spoke to some Nigerians about their craziest experiences house hunting in Naija. Here’s what they had to say. 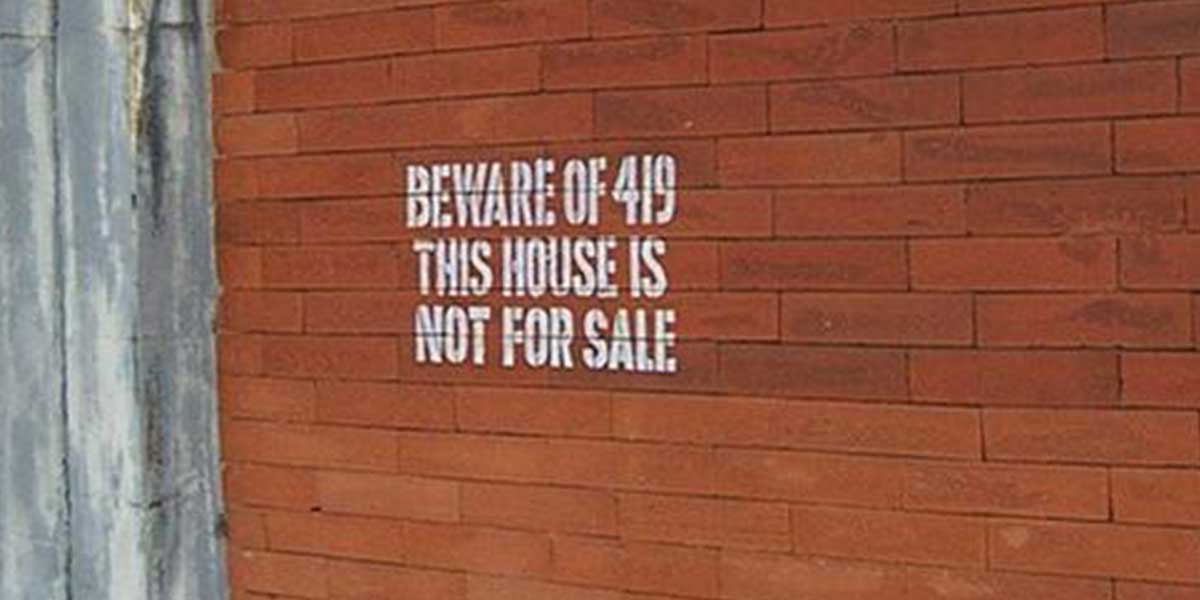 My friend and I were looking for somewhere to stay during NYSC in Osun state. Everyone was like “why don’t you just stay in the corpers lodge?” but we really didn’t want that ghetto energy. We were looking for somewhere that matched our status in life (laughs). So, we found an agent but when we got to his office, it was like a small cupboard! It was basically a Malam’s kiosk. That should have been the first sign to run. Even worse, before he agreed to move from his office, we had to first settle him with “transport fee”. We gave him the money because we were thinking that this guy would take us around in his car. Omo! We came out of his office and all of us entered bus!

After everything, he took us to this house in Ayetoro. First red flag, there was an old man wearing wrapper sitting down in front of the house with chewing stick. When we got inside, the building had a communal bathroom that didn’t have a door! Even the rooms didn’t have a door, just curtains. In the room, no fan, no nothing, just an empty space with a light bulb! The guy didn’t rate us at all. We would have just run but we didn’t want to misplace in Ayetoro so we had to be smiling and nodding there.

My story is just weird to be honest. I got a new job so I was looking for a place closer to the office. So a friend of mine linked me up with a potential spot that was super close. It was this bungalow that was owned by this woman. She lived there and she wanted to rent one of the rooms. So to start, the house wasn’t painted inside or outside, it was just plastered. Then when we entered into the living room, the first thing we saw was all those gigantic catholic crucifixes and an altar by the side. I was already scared. The rooms in the house didn’t even have doors just curtains! (Laughs). The woman was like “when I pay rent, she’ll buy doors”. At this point I’m thinking that even though I won’t be able to bring girls here no wahala because the place is cheap. Then she dropped the bomb on me that before she will rent me the space I will have agree to be following her to her church three times a week.  God forbid!

I move around a lot so I have so many stories. Discrimination galore. There was a woman who didn’t want any Igbo people in her house. Luckily my dad could speak Yoruba so he had to lie to the woman that his grandmother was a Yoruba woman who married an Igbo man and he still had the Yoruba blood in him (laughing). Then there was another time when another woman said that she only wants Muslim tenants. We had the money but she didn’t care. She felt that if Christians moved into the house it would cause fights. There was even a time when my father travelled and we needed to move again but the landlord refused to rent to my mother until she came to see him with a man. So she had to ask my uncle to pose as our dad. Nigeria is the actual ghetto!

So after Uni, my friend and I were looking for an apartment to share together. So we got two young guys that were agents to show us around. First building they took us to was an uncompleted building! It was in the middle of nowhere, no neighbours, not remotely close to the road, no fence, nothing. The building was just there like an island on its own. Even if the building would look nice when it was complete, who wants to pay rent for an uncompleted building?! So we told the guys no and they took us to another building where WE (not the landlord) would have to pay from our own pocket to renovate the entire apartment on top of the rent!

By the time we got to us to the final place, we were already so frustrated and demoralized. We drove for so long because it was so far from everywhere and when we finally got to the building, first thing that came to my mind was PTSD from secondary school. It looked exactly like a boarding house hostel! Me I was even trying to still hold it in, my friend that was with me broke out in tears (laughs). She was fed up! When she saw the place from outside, my friend just started to cry and refused to leave the car. I now started to control my own sorrow because if I started to cry too that’s the end!”

Do you have other even crazier house hunting stories? Share them on social media and use the tag #SociaLigaNaijaLife! We can’t wait to see them!

Danfo Tales; Wildest stories from Lagos public transport
Crazy Office Mishaps and How They Were Managed