Man United’s Attacking Approach Against Everton Could Be It 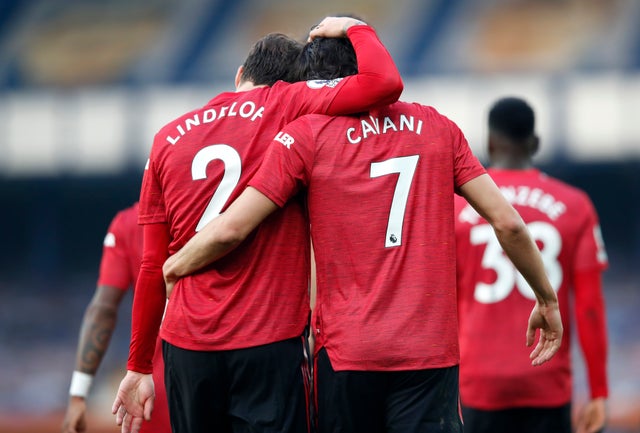 Manchester United advanced to the semi-finals of the League Cup once again, last night, where they will meet Manchester City like they did last season. They qualified through late goals from Edinson Cavani and Anthony Martial, but in truth, they could have been out of sight in the first half. They began the game on fire and Everton struggled to deal with all the pressure they mounted in the opening 25 minutes. On another day, it could so easily have been 3-0 in that time. They controlled most of the game and thoroughly deserved their win. The entire performance should make every Manchester United fan hopeful in the team they have assembled.

With the likes of Rashford and Martial on the bench, Man Utd still had enough firepower on the pitch to rattle Everton. Key man Bruno Fernandes was buzzing all over the place, trying to make things happen. There was Mason Greenwood out wide causing problems, Donny van de Beek moving in between the lines, and, of course, Edinson Cavani absolutely scaring the pants off the Everton defense. Cavani’s intelligent and relentless movement, in particular, was a cause for great concern for Everton. He hammered at them, had them scrambling every time he moved and pelted Olsen, in goal for Everton, with shot after shot. Further back, there was Paul Pogba putting in an absolutely brilliant performance in midfield alongside Nemanja Matic.

What really stood out about the United performance in attack wasn’t just the intensity they played at for much of the game. It was the choreography of the attacks, the entire process. Players knew where to be, what passes to play, and when to send in the passes. The build-up was also very good, as United’s CBs were comfortably breaking lines to start their attacks. Of course, Everton had their issues and did not manage the game effectively, but it was definitely due in part to Manchester United imposing themselves so strongly on the game and the nature of their movement. Everton struggled to keep up or keep their shape.

Once Rashford and Martial came on, that task became a lot more difficult. Those two added extra fire to the attack, and their explosiveness and dynamism worked a treat. Cavani ventured wide on occasion, with Rashford coming central and Martial dropping deep when needed. All of it was done fluidly, and it eventually reaped rewards with the manner of the two goals. Martial produced the assist for Cavani and then went on to score from a Rashford pass.

If Manchester United continue to look like this in attack, especially against a team playing in a block, even if slightly mediocre, then they are on course for a memorable season in which they’ll score a lot more goals. The one big criticism for them has been how they have only ever looked devastating when playing counter attacks. Now, with them showing that they can do things against a team like Everton who were pegged back in their half for half the game, there is certainly a reason to be excited. It helps massively to have a striker like Cavani, whose movement and intelligence are some of the best in world football. And when you have a 9 like Cavani, supported by dynamic and/or explosive players like Rahsford, Martial, Pogba, and their most important player currently, Bruno Fernandes, then expectations are certain to rise. And rightly so. Standards always rise when quality is obvious.

Bet Winner: 2 Quick Picks To Double Your Christmas Money
We use cookies to ensure that we give you the best experience on our website. If you continue to use this site we will assume that you are happy with it.Ok